Equity markets and related commodities have all moved higher in response to the rally in crude, which nearly reached $38 a barrel in yesterday’s trading session. The move higher gives investors hope that that things are well with the global economy and that higher growth is just around the corner.

Unfortunately the move higher in crude is not really based on any solid data indicating higher growth. Economic data in Europe and Japan remains tepid, showing both areas remain in a flat and potentially deflationary environment. U.S. data has been better, but is actually showing signs of slowing growth, with the fourth quarter of 2015 coming in at just 1% annualized GDP growth, versus the second quarter of 2015 which had a growth rate of 3.9%. And the world’s second largest economy, China, has just downgraded their growth forecast from “around” 7% to a range of 6.5% to 7% for the coming year.

So what is driving crude prices higher recently?

Like the hope of equity investors, crude prices are also moving higher based on nothing more than hope. In this case it is the hope of crude traders who are looking for OPEC and Russia to cut crude production in 2016. But there have been no firm commitments from either to even freeze production, let alone begin to cut production. Sure they have agreed to meet and talk, but it could be months before we get an agreement to any production cuts in crude, if such ever occurs.

Meanwhile, traders are also pointing to the falling production in the U.S. and falling active rig counts as positive signs for crude.

But this could just be history repeating itself, and if that’s the case the crude oil bulls could be in for a rude awakening. 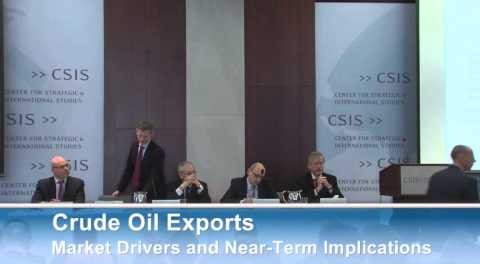 Back in March and April of last year crude rallied strongly on the same combination it sees now – that is falling U.S. production and falling rig counts. And just like last year markets are getting signs of weakness from the U.S. that has led to a sharply weaker U.S. dollar.

Some analysts are suggesting though that the rally in crude is based entirely on false premises. They say that the production declines in the U.S. are seasonal in nature and that a rebound is likely in the coming months. They also point to the fact that despite falling production levels, U.S. inventory levels continue to rise, remaining at historically high levels.

Regarding OPEC and Russia, the analysts remain skeptical of any production cuts from either quarter as both have remained stubbornly set on holding and even increasing production levels going forward. Even if there was an agreement to cut production made in March, which remains highly unlikely, it could be several months before such cuts actually take effect and are seen in global supply levels.

2 Comments on Is the Rally in Crude History Repeating Itself?