While we’re still within the early days of 2016, it’s never too soon to start thinking about what the year may have in store for you. For a number of reasons, one of the biggest stories of this year will probably be the rise in interest rates. Here’s what you can expect and how rising interest rates will most likely affect you.

The Federal Reserve Is Raising Rates

If you’re not aware, the Federal Reserve is perhaps the most influential factor in the entire world when it comes to the economy. As the central bank of the United States, the Federal Reserve has an absolutely huge impact on domestic and foreign economies. Amongst other things, the bank decides how many dollars are in circulation and can set interest rates.

For the past few years, interest rates have been quite favorable. This was part of the Federal Reserve’s quantitative easing plan to help the country’s economy get back on its feet. Dropping interest rates made it easy to infuse the economy with fresh capital through loans.

However, the Federal Reserve has long since made it clear that 2016 would be the end of their quantitative easing strategy. There’s no set date, per se, but the low interest rates set by the bank definitely won’t make it to 2017.

As a result, you can expect that loans are going to be tougher to come by. Whether you need one for your small business or to buy a home, when the Fed finally pulls back on printing money, everyone is going to feel it with higher interest rates.

Beginning in December 2008, the Federal Reserve kept their official interest rate at practically zero until this past fall. That’s extremely low for an extended period of time. Now that the last days of “free money” are on the horizon, you can definitely expect loans to become much more expensive in the years to come. 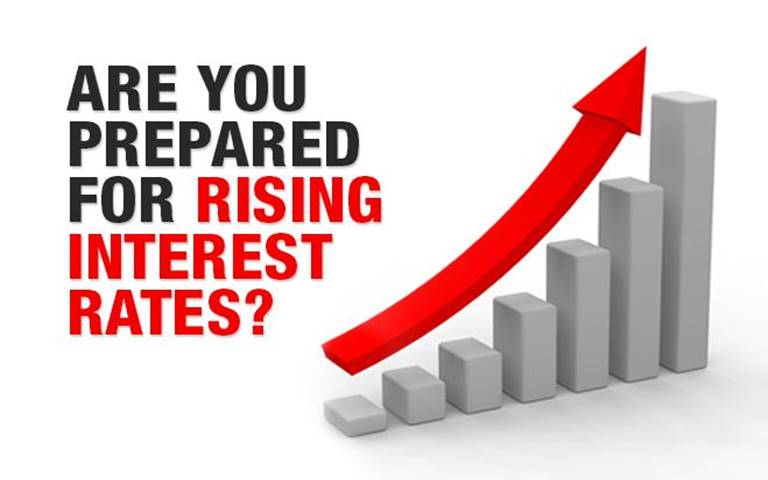 Mortgage Rates Are Going Up

Given the above, it’s only natural that mortgage rates would go up as well. As we mentioned, as banks become less able to lend at low costs, they’re going to be more careful about who gets them. Charging higher interest rates will help them hedge their bets.

While refinancing in the future is always an option, in the short term, this will mean home buyers who take out mortgages are going to have much higher payments to make for the foreseeable future.

At the same time, mortgage rates going up will also keep a lot of current home buyers from deciding to refinance.

Now, how much they’ll go up will depend. The Federal Reserve has only slightly increased interest rates for the moment, but if the economy begins recovering, the flipside of that good news is that interest rates will continue to increase to keep pace.

Keep in mind, too, that other market factors can affect interest rates as well, especially those related to your mortgage. We saw this last year when turmoil in Europe and China shot Treasury prices up to a 10-year high. There’s no reason the same thing couldn’t happen to mortgage rates, on top of the interest the Fed has already tagged on.

One of the hot button topics right now for the upcoming election is student loan forgiveness. To put it simply, a lot of people are fed up with their student loan debt and a good number can’t possibly afford to keep paying it off.

Whether or not legislation will be introduced by either party to address it, student loan rates are most likely going to head up. This is especially bad news for those who took out loans between 2006 and the Student Loan Certainty Act of 2013. Loan rates were flat for them that unfortunately means they’re paying at a higher rate.

To make matters worse, even the Student Loan Certainty Act of 2013 can’t keep rates at a fixed, low price. They just ensure they’ll stay relatively the same for the life of the loan. Lenders can still tag on hefty interest rates.

As with any type of loan, the upshot of this is that you’re going to have a lot of students who need to take out a lot more money in order to attend college. Those without established credit histories or who don’t have co-signers will most likely take on especially hefty sums.

2016 will definitely be an interesting year as far as interest rates and loans go. By extension, the same can be said for our country’s economy.

Going into this year, one thing you should definitely understand is the difference between variable and fixed rate loans.

A loan with a variable interest rate is one that will have its rate change over the years. As market interest rates fluctuate, so too will the rate applied to the outstanding balance.

On the other hand, a fixed interest rate loan will remain that way for the entire term of the loan, regardless of what the market does. As a result, the interest you’re charged on the first payment will be the same as the amount you’re charged on, say, the 100th.

Why is this important right now?

Well, as we covered above, interest rates will soon be going up. We’ve heard this directly from the Federal Reserve, but there are other reasons to believe this as well. Therefore, if you want to take out a loan, time is really of the essence. While you should never rush into this type of decision, you want to lock in the lowest rate possible at a fixed percentage before you don’t really have the option.

Once interest rates jump up, the opening will be closed and will likely stay that way for upwards of a decade.

Again, don’t make rash financial decisions, but if you’re planning to make a big purchase that will require a loan—like buying a house—now is the time to do it.

2016 should be an interesting year, economically. While we’re hopefully seeing the early days of a full-on recovery, interest rates are definitely going up, which could produce quite the challenge for many.